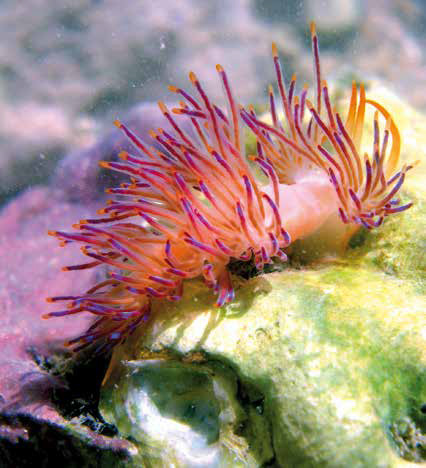 Sakuraeolis gujaratica is an aeolid opisthobranch belonging to family facelinidae. The species was described by Rudman in 1980 based on his collection from Adatara reef in Gulf of Kachchh in 1972. After its discovery, the species was not recorded in any of the study till BNHS reported it during surveys of 2008-09 from Poshitra. As the species is not reported from any other place in the world, it is considered to be endemic to Poshitra in Gulf of Kachchh.

Currently BNHS is working on the population ecology of the species and its habitat characteristics.