Indian Skimmer Rynchops albicollis is recently up listed as Endangered on the IUCN Red list. It has gone a substantial decline throughout South East Asia. It was formerly widely distributed across the Indian Subcontinent but it is presently confined only to India, Pakistan, Bangladesh, Nepal and Myanmar. It is considered as extinct in Lao PDR, Cambodia and Viet Nam. Indian Skimmer is now almost completely restricted to India as a breeding bird, with only occasional breeding in western Bangladesh. BirdLife International 2021 estimated the total population between 3,700 and 4,400 individuals, roughly equating to 2,450-2,900 mature individuals. The population has greatly declined because of loss and degradation of riverine habitat across South East Asia, damming of rivers, compromised flow regimes of rivers, low nesting success due to predation and trampling of eggs and chicks.

BNHS has been studying Indian Skimmer at National Chambal Sanctuary since 2017 with funds received from BirdLife International, Conservation Leadership Programme and Ravi Sankaran fellowship. We have been monitoring the nesting distribution and success since then. We have recorded more than 30 nesting locations in the sanctuary. We observed low nesting success and the reason recorded for nesting failure were predation by free ranging dogs, predation by Jackals, trampling by cattle, disturbance by humans, stochastic weather events and illegal sand mining activities. In 2018 we marked Indian Skimmer (Adults and fledglings) with colour flag and metal ring. The resighting of these marked birds from coastal areas of Jamnagar in Gujarat, Kakinada in Andhra Pradesh and Nijhum Dwip in Bangladesh indicates a preference of coastal region during the non-breeding season. In 2019 and in consecutive years there were several resighting of marked birds at their original ringing sites which indicates site fidelity among adults and natal fidelity among the chicks.

In 2020, we have initiated a ‘Guardians of the Skimmer’ programme, which a community-based conservation initiative. We have been training the locals in protecting the nesting colonies of skimmers and other riverine nesting birds from predators and cattle trampling for improving the nesting success.

BNHS in collaboration with Bird Count India have also initiated ‘Indian Skimmer Count’-a citizen science initiative. This includes a co-ordinated count at shortlisted sites in two phases for understanding the population status and distribution in India and other countries in South East Asia. 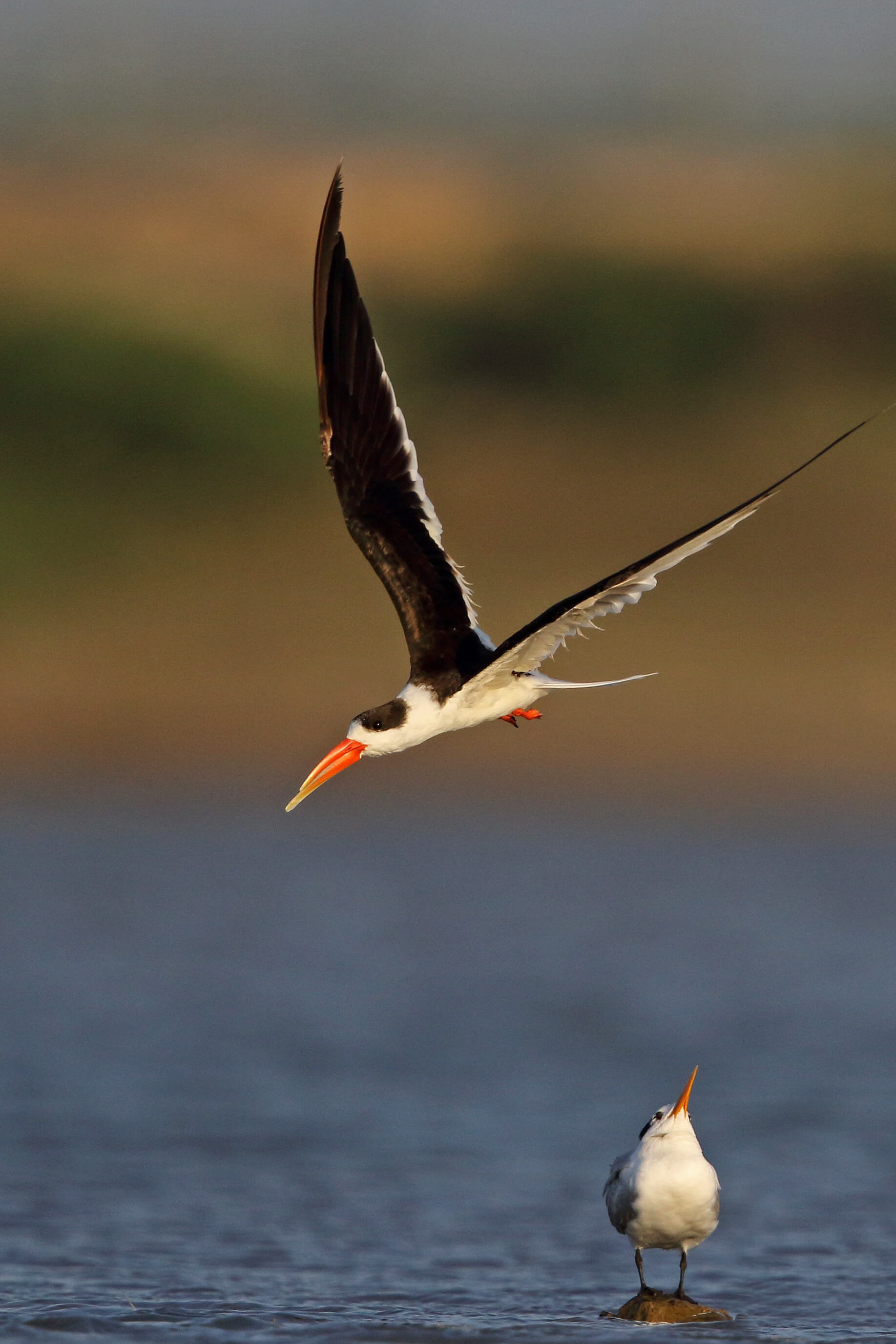