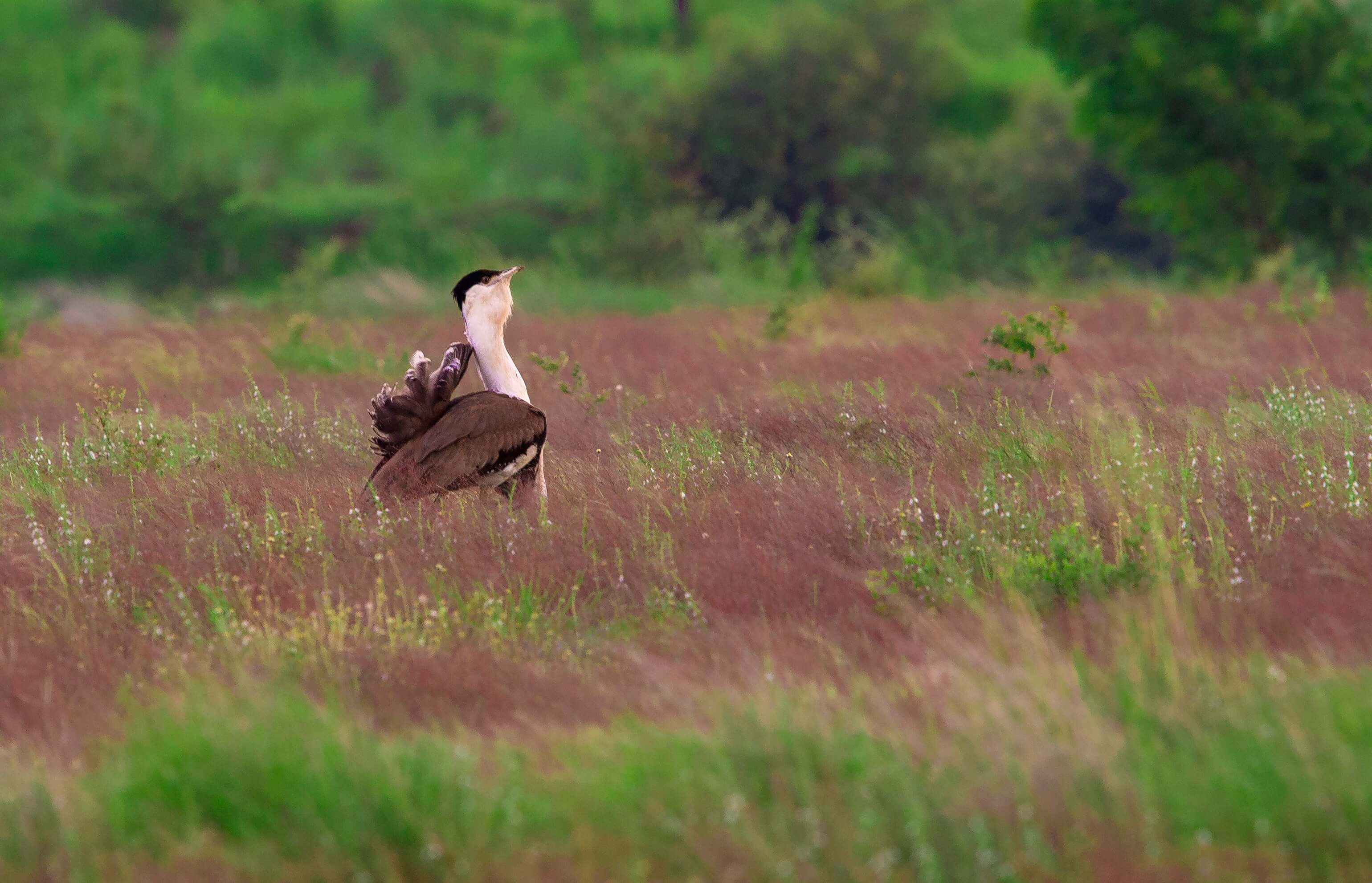 GIB is an agro-grassland bird endemic to the Indian Subcontinent. Known locally as Godawan in Rajasthan, it is a Critically Endangered species as per IUCN Red List. It belongs to the family Otididae and exhibits sexual dimorphism; the male possesses a conspicuous gular pouch that plays a vital role in mating display.

The GIB is an omnivorous bird. The species has a current viable population of 100- 125 individuals in India, and mainly survives in the Thar Desert of Rajasthan that holds about 100 individuals. Of the remaining individuals, ~ 6-7 birds are found in Gujarat; ~ 2-3 in Maharashtra; ~ 10 birds in Karnataka and ~ 3-4 in Andhra Pradesh. If the present trends continue, the GIB could become locally extinct, given that it is extinct over almost 90% of its former range.

The BNHS has initiated a programme in the Thar Desert (in the arid region of Jaisalmer) with the aim to conserve the Critically Endangered Great Indian Bustard. The goal is to conduct landscape-level research and garner the support of the local people at site level to conserve the birds in non-protected areas.

Objectives of the programme

Averting the extinction of bustards in Asia

GIB On the brink of Extinction