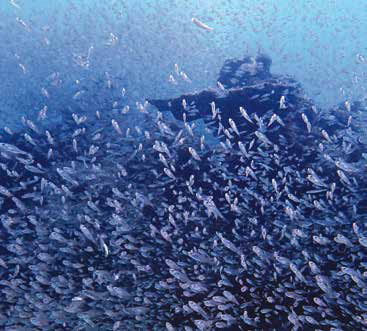 Study on the abundance and distribution of coral reef fishes in the Andaman and Nicobar Islands is on since 2015. As against most other studies which depend on data from landing centres and bycatch fisheries, we are exploring their existence in the reef habitats. So far, 75 sites have been covered and 361 species of reef-dwelling fishes have been recorded, of which 5 species are new records to the Andaman waters (pending publication).

When compared to the Andaman group, the Nicobar Islands were found to be more abundant with regard to species richness. Though not under immediate threat, these coral reef fishes may eventually face an adverse effect from the declining coral cover and mass bleaching. A guide book on the coral reef fishes of Andaman and Nicobar is on the anvil.